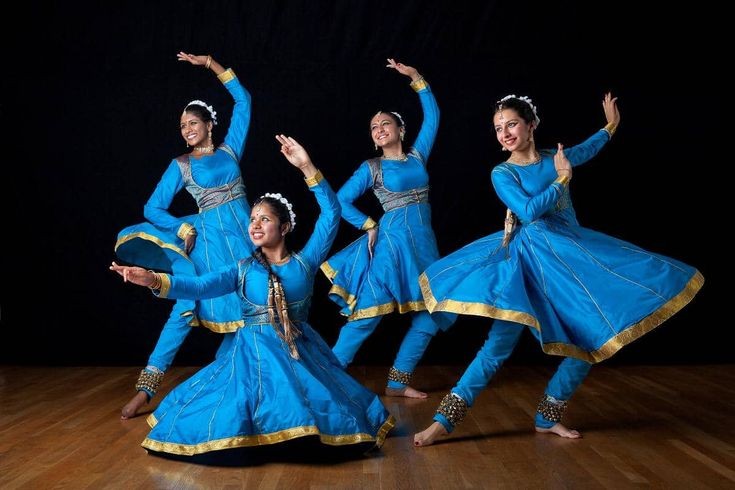 India has several dance forms that have originated from different states. However, certain styles act as the pillars of eastern dance. These can be identified as Bharatnatyam, Manipuri, Kuchipudi, Kathak, Odissi, and Kathakali. These forms are very important parts of Indian history and since time immemorial, these have not only been treated as mere dance forms but instead, have been considered as disciplines that require an equal blend of devotion and hard work. In this article, we’re going to talk about some of the above-mentioned eastern dance forms.

Having its origin in the northern parts of India, Kathak is a dance form that attempts to tell a story through dance recitals. Kathak comes from the word “Katha” which means a story. The performer is supposed to give life to a story with the help of body postures and movements. Ankle movements wearing “ghungroos” or ankle bells play a very significant role in this particular dance form and coordinating the ankle moves along with the beats of the music is a signature feature of Kathak. Moreover, it is also known as the dance of love since both female and male dancers are often seen to perform Kathak together. If you want to learn a traditional dance form that could improve your sense of beats and rhythm, Kathak should be your first choice.

This is one of the oldest dance forms of India that has been prevalent since 1000 BC and has its origin in the classical period. It began from the ancient temples of South India, such as Tamil Nadu, and specializes in hand movements traditionally known as “mudras”. Facial expressions play a very important part in Bharatnatyam apart from hand and foot movements. To date, it’s one of the most revered dance forms of India, and gaining expertise in it could enhance the skills of a dancer manifold.

India’s diversity is very evident from the various art forms that have originated in different parts of the country over the years. Manipuri is a dance form that belongs to a North-Eastern State of India, Manipur. The dance recitals are essentially done in the form of “Raasleela”, or the story of the love between Hindu deities Radha and Krishna. Costume and makeup are very important as far as Manipuri is concerned since the performers should look their part. If you want to have a grip on dancing on chanting of shlokas and the narrative of a tale or with Indian instrumental music, Manipuri would be the perfect choice for you.